It’s difficult to find a grocery store nowadays that doesn’t have an organic produce section. This is because the organic food industry is booming. The Organic Trade Association says Americans now spend 47 billion dollars a year on organic food. That’s a 3.7 billion dollar increase from the previous year and there are no signs of it slowing down. 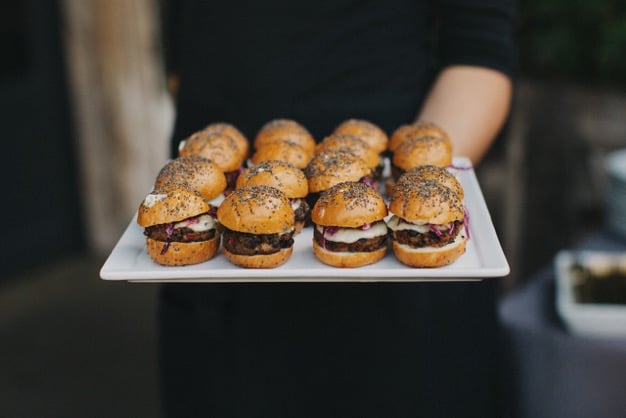 Here are the top ten benefits of eating organic foods:

Certified USDA organic food is free of chemicals and genetic tampering, which can alter the flavor of some of your favorite foods. One major benefit of eating organic food is that fruits and vegetables taste the way they were intended to taste.

A study published in the British Journal of Nutrition found that organic food grows slower, due to organic fertilizers, which causes fruits and vegetables to develop better sugars and starches.  The result of these sugars and starches is that your produce has a better flavor and texture to it than non-organic produce.

As someone who was raised on a farm in Minnesota, I know all too well of the harmful effects of synthetic pesticides and artificial fertilizers.  Sadly, I knew farmers who died from exposure to chemicals and have witnessed the chemicals affecting the local water table and contamination levels in the soil.

One of the main benefits of eating food grown organically is that you eliminate exposure to these types of chemicals.

If you want the benefits of eating healthy than you would be wise to add organic fruits and vegetables to your shopping cart. Certified organic produce contains higher levels of vitamins and minerals. In fact, a study by Organic.org states that certified organic fruits and vegetables contain up to 21.1% more iron, 29.3% more magnesium, 18% more polyphenols, and a whopping 27% more vitamin C.  All that added nutrition better equips the body to strengthen your immune system, lower your blood pressure, and slow down the effects of aging.

As mentioned above, long-term exposure to small amounts of pesticide can add up to a deadly effect on living organisms. It should be no surprise that our little pollinator friends, who come in direct contact with plants and flowers sprayed with these pesticides on a daily basis, are falling victim to these toxic chemicals at an alarming rate. With almost 75 percent of total food crops in the U.S. benefiting from pollination, purchasing organic produce can help push conventional farmers away from these harmful practices.

It all started back in the fall of 2006 when beekeepers around the U.S. started reporting massive losses to their bee colonies. In some reports, up to 90 percent of the hives were empty. It’s a serious condition often referred to as, Colony Collapse Disorder.

While research has shown that pesticides themselves are not a death threat for bees, these synthetic chemicals drastically weaken the bug’s immune system and make it susceptible to Nosema, a gut parasite that can wipe out entire hives of bees. Research in France also found that these pesticides cloud the honeybee’s brain and alter its behavior to function properly within the hive.

Yes! I said, healthy fat! The benefit of eating organic protein such as beef, chicken, pork, and fish means you are giving your body a higher dose of the coveted, omega-3 fatty acids and less of the cholesterol rising fats found in livestock raised conventionally. Organic milk alone has 50% more omega-3 fatty acids than non-organic milk.

Eating organic food means your food is held to a higher standard. Organic food has to meet a high level of standards before the FDA will declare a food “Certified Organic.”  This means that the farmer who grew your tomato put a lot of energy into making sure their field was chemical free. It can take years before the soil and water tables are free of toxins to grow organic produce.

By purchasing organic food you are supporting great farmers! Organic farmers pay more to meet organic standards, yield fewer crops per acre and raise less livestock on plots of land so that they have ample space to roam. All of this means more costs and risk for farmers trying to do the right thing. Showing our support in the market and avoiding non-organic meat is important.

Exploring the topic of GMO’s (Genetically Modified Organisms) reveals so many points of view that it’ll make your head hurt. Some say it’ll save humanity, while others claim the exact opposite.

In short, a genetically modified food is an organism which has its DNA altered in a science lab. This is done to give food beneficial properties like brighter color, shorter growing cycles, higher crop yields and so on. Have you ever wondered how that head of lettuce you forgot in the back of the fridge is somehow still crisp? Well, that’s because someone modified the genes of that plant to make it last six times longer than nature originally allowed it to.

While the long-term effects of GMO on humans is still up for debate, the effects GMO food has on animals is a bit concerning.

The organic food industry has fought hard to keep GMOs out of the FDA’s organic certification process. This means that all certified organic foods are inherently non-GMOs.

Factory farming is a high polluter of our soil, rivers, and oceans. Two-thirds of the nation’s drinking water was found to have high levels of nitrates, a direct result of pesticides and fertilizers used by farmers. These chemicals don’t just stop at our drinking water. They continue to flow into our food and oceans as well. In 2008 scientists located 405 oceanic dead zones due to the use of highly soluble synthetic fertilizer.

By supporting organic farmers through selecting an organic catering company, you are supporting agriculture that uses natural fertilizers for their crops and keeps our ecosystem vibrant and thriving.

#1 Vote With Your Wallet

One of the most powerful benefits of choosing organic food means you are voting with your wallet. Every purchase you make let’s non-organic farmers, grocers, GMO labs, and chemical companies know that you do not support their industry. This encourages conventional farmers to think about the potential of switching to organic farming.

Ten years ago organic farming didn’t even exist in the United States. Today the future of organic farming is looking bright. Hopefully, this article helped you to learn more about benefits of eating organic food and looking for organic ingredient alternatives.  It’s never too late to start. It’s also never too late to share this article and spread the benefits of organic catering and eating!