Ask any Ex-Angelino what they miss most about La-La-Land, and the first thing out of their mouth is, “Tacos”.  They’re cheap, they’re delicious, and they’re everywhere out here.  Here’s our list of best tacos in Los Angeles.

If you live in Los Angeles, you live on tacos.  They are the perfect, spontaneous, late night snack, requiring no reservations, no dress code, and no celebrity status.   All you need is an empty stomach, a few dollars to your name, and a desire to treat yourself.

With so many taco trucks and taco stands in Los Angeles it can be daunting to even pick one.  For the past few years now I’ve spent my nights driving all over the city, from one taco joint to the next, trying to narrow down the best of the best.   While admittedly I still have a few left to hit, here are the select few that stand out above the rest as the best tacos in Los Angeles. 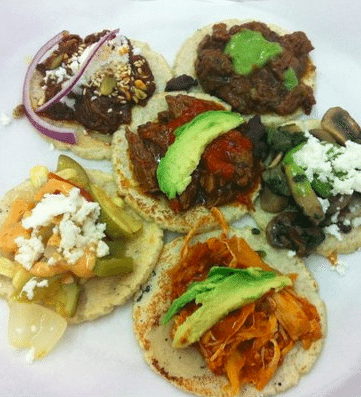 Guisados is relatively new, but without reservation, thee best tacos in Los Angeles.  Hands down.  Man, do they make killer tacos!  I had a friend take me their for lunch a few months back and I have since been back so many times, that it would be embarrassing to admit.  Every single meat option has it’s own unique, stand along flavors, with deep smoky braises, traditional ingredients, and all on fresh homemade tortillas. If it’s your first time, I highly recommend the sampler ($7.99), and let the cooks at Guisados pick out your taco options for you. 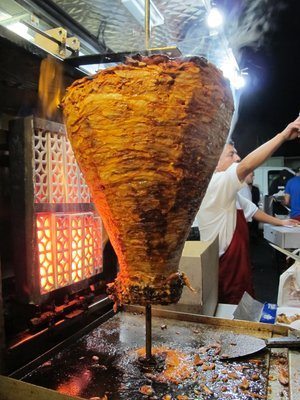 If LA were a jungle, Leo’s Taco Truck would be the popular watering hole.  All walks of life come out of the woodwork to mingle, eat tacos on the hoods of their cars, and have a few laughs.  If you want to try the best traditional Mexican-street-vendor-style tacos, Tacos Leo’s is the truck.  Leo’s Taco is a family owned and operated taco truck with delicious tacos, burritos, and my favorite, molitas.  Their prize is the Al Pastor, which is a rotisserie of juicy pork goodness and pineapple that they shave off onto warm tortillas.  You can see the marinade and fat drip from the rotisserie and it sells itself.  Leo’s Taco Truck also has a great selection of self-serve salsa’s, cilantro, pickled carrots with peppers, and freshly chopped onions.  It’s a great place to people watch and cure a hang over. 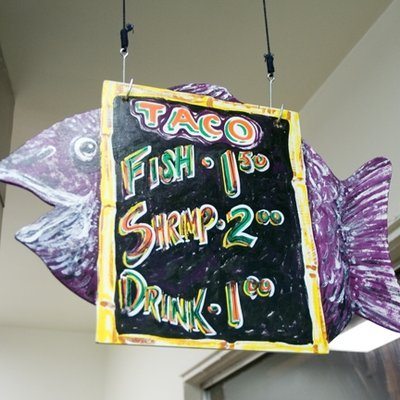 It might seem suspect for a restaurant to brag about having “the best fish tacos” in its name, but cocky as it sounds, the name holds up.  I know there are fancy five star restaurant that serve $16 fish tacos that have to potential to be better, but that wouldn’t that defeat the point entirely?  Best Fish Tacos sells the best fish tacos.  Their menu sells three things: Fish Tacos ($1.50), Shrimp Tacos ($2), and Drink ($1).  Doesn’t get any simpler than that.  Their fish and shrimp tacos are battered, fried, and handed to you within seconds of ordering.  They usually have a nice selection of four to six homemade salsas at their salsa bar, along with sour cream (a must for me when eating fish tacos), limes and fresh cilantro.  They have a little out door patio set up for you to scarf down your spicy goodness while debating whether or not you should go back in and order more tacos.

What quietly started out as an insane idea to meld Korean flavors through the vehicle of Mexican street food, within a few short months, quickly became one of LA’s iconic food trucks.  No matter how odd it may sound, the flavors really work!  With several trucks they bring merry folks to new neighborhoods all over the city.  They often have a lines so make sure you arrive with plenty of time to order your food before they’re off to their next location.  And yes, it is worth the wait.